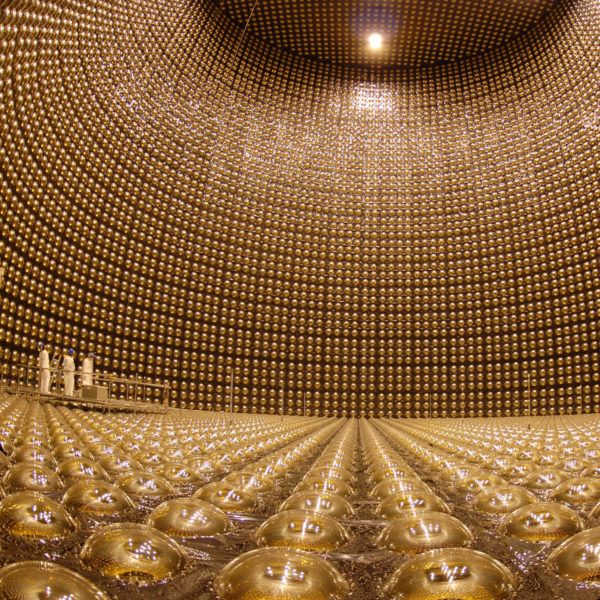 The T2K (Tokai-to-Kamioka) experiment is a long baseline neutrino oscillation experiment in Japan. A muon neutrino beam from the newly constructed high intensity 50 GeV proton synchrotron (JPARC) in Tokai is sent towards the 50 kton water Cerenkov detector Super-Kamiokande, which is located 295km away in Kamioka. The goal of the experiment is to precisely measure the lepton mixing parameter theta_23 and to discover the remaining lepton mixing parameter theta_13. The experiment has some sensitivity to the CP violation phase of the lepton mixing matrix. With a future upgrade to 1 million tonne water Cerenkov detector called Hyper-Kamiokande, a large fraction of the CP violation phase will be explored. The T2K experiment was officially funded by the Japanese government in 2004 and the commissioning is now underway.

The Canadian group has been involved in T2K from the very beginning in designing the experiment and the neutrino beam line. The group is building TPCs and a fine-grained calorimeter (FGD) for the near detector. The group is also developing beam monitor systems: an optical transition radiation detector for the proton beam profile in front of the target. The Canadian group is also involved in the neutrino beam line, such as the remote handling system at the target station, through TRIUMF. The Canadian T2K group consists of physicists from Alberta, Regina, TRIUMF, Toronto, UBC, Victoria, and York. For more information see t2k-experiment.org