The scientific field of particle physics has as its grand goal an understanding of the structure of matter on the smallest subatomic scales. Over the course of the twentieth century, our collective understanding of the subatomic world has progressed through multiple quantum leaps to the development of the Standard Model of particle physics — a theory of quarks and leptons interacting via four fundamental forces and the Higgs boson. Despite this progress, evidence such as the need for “dark matter” points to the current framework being incomplete, and thus the quest continues. 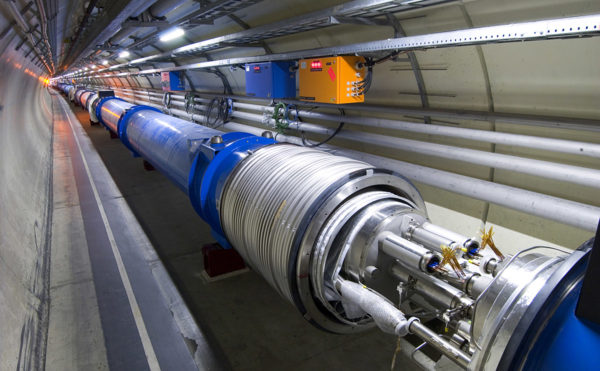 Particle physics is truly “big science” because probing the smallest scales requires large-scale experiments and large global collaborations. For example, the Large Hadron Collider (LHC) at CERN in Geneva utilizes a 26km tunnel, and multi-national experimental teams comprising thousands of researchers. This requires global organization, and individual countries such as Canada can have greater impact if they focus their efforts on specific projects. The Institute of Particle Physics (IPP) serves to support and promote Canadian excellence in particle physics research by facilitating this coordination and planning, and by supporting university and laboratory-based researchers with an outstanding team of IPP Research Scientists playing key roles in Canada’s highest priority particle physics projects. IPP also supports the training of the next generation of Canadians in particle physics research and in the many related areas of the hi-tech economy.