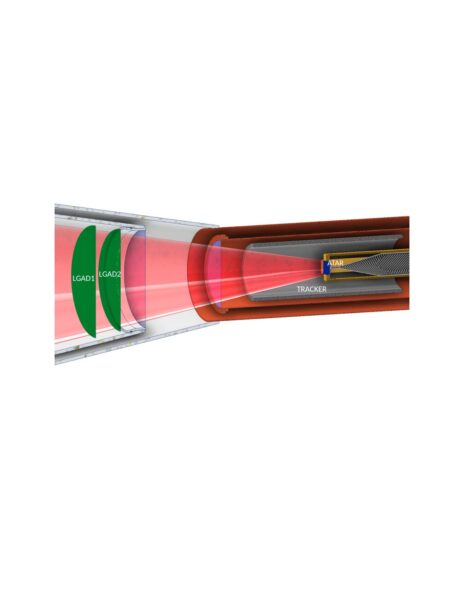 The PIONEER experiment is a next generation experiment to measure the charged-pion branching ratio to electrons vs. muons. This measurement, which is highly sensitive to new physics at high mass scales, has broad implications for the universality of lepton interactions. Using state-of-the-art instrumentation – learning from the previous generation PEN  and PiENu  measurements – and a new high-intensity beam, measurements of the pion decay to electrons vs. muons and pion beta decay will improve on previous studies by an order of magnitude to the 10-4 precision level. A disagreement with the theoretical Standard Model(SM) prediction, which has a remarkable precision at the same level, would unambigously imply new physics beyond the SM. Further motivation comes from the muon g-2 discrepancy and intriguing hints for lepton flavor violation in the B-meson sector. Exotic rare decays involving sterile neutrinos and axions will also be searched for with unprecedented sensitivity.

Simulations of detector geometry are well underway. The design of the experimental apparatus, which consists of an 80 cm sphere of liquid Xenon, surrounding a beampipe and active target, is being pursued by various groups in Canada, China, Germany, Japan, Mexico, Switzerland, and the USA.