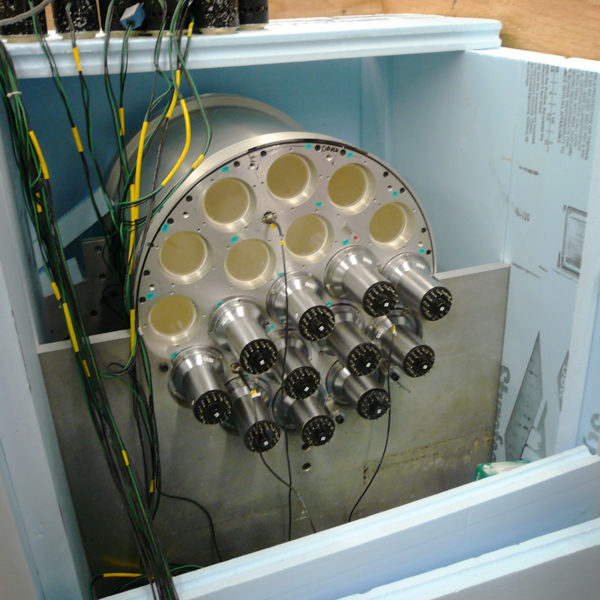 A test of e-μ universality.

In the Standard Model (SM), electrons and muons have identical electroweak gauge interactions (a hypothesis known as lepton universality), and the only difference between them is mass. PIENU is a high precision measurement of the ratio of decay rates of the π meson to leptons : π+ → e+ ν and π+ → μ+ ν . The SM theoretical value of this ratio is the most accurately calculated SM weak interaction observable involving quarks at a precision of <0.01%; Re/μth. = (1.2353+-0.0001).10-4. The experimental value is an order of magnitude less precise. By testing lepton universality, a precise measurement of π+ → e+ ν decay compared to π+ → μ+ν decay can constrain most non-Standard model scenarios if agreement with the SM is confirmed. However, pseudoscalar or scalar interactions induced by leptoquarks, supersymmetric particles, extra dimensions etc. can cause a measurable deviation of the branching ratio from the theoretical prediction. Experimental observation of such a deviation would be clear evidence of new physics sensitive to mass scales up to 1000 TeV, far beyond the reach of present accelerators. If new physics shows up at the LHC it will most likely impact the π+ → e+ ν branching ratio measured by PIENU.

Any high precision measurement of a rare decay is a challenge. The previous experiments at TRIUMF and PSI, which were in good agreement with the SM prediction, gave an average value of Re/μexp= (1.230+-0.004).10-4 achieving 0.03% precision. We are building on that expertise and improving the precision by an order of magnitude with :