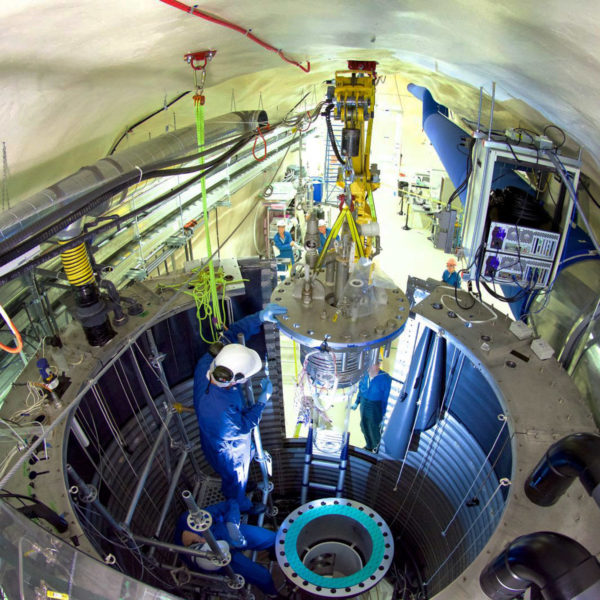 PICASSO is a Canadian-led direct dark matter search experiment which began as a pilot project at the Université de Montréal in 1998 and was joined by Queen’s University in 2001. The detection technique is based on using super-heated liquid droplets in a polymer matrix as a set of miniature bubble chambers. The nuclear recoils resulting from WIMP interactions seed the liquid-gas phase transition in a droplet, which is detected acoustically. The operating characteristics can be tuned to allow the detector to be sensitive to WIMPs while remaining insensitive to gammas and minimum-ionizing particles. The dominant remaining background is due to alpha particles.

The PICASSO project has steadily evolved. As of Autumn, 2008, a set of detectors with 2.6 kg active mass is collecting data underground at SNOLAB. The expected sensitivity of the current run for spin-dependent WIMP interactions is 0.08 pb. Further development on larger detectors with improved radio-purity is ongoing. A newly-discovered feature of detectors with larger (200 micron) droplet size promises to allow event-by-event discrimination between signals left by WIMPs and by alpha particles, the primary background.